Picking up a new sci-fi or fantasy novel brings with it a particular expectation unique to the genres: you've gotta build a new dictionary for the writer's world. Merriam-Webster, Oxford, the Urban dictionary - they're not going to have the words you need to understand what's happening.

M. John Harrison's The Pastel City, the first in a series of books about that city, otherwise known as Viriconium, requires you have that blank dictionary open and ready to write inside. While the overall plot here guises itself as a swords-and-sorcery adventure, with knights, rogues, and a young queen fighting to save her realm, it only takes a few pages to realize this isn't the popcorn fare you might've believed.

I'd stumbled onto this book through a Wikipedia tunnel, digging through titles I'd read in search of something weird and interesting. I'd never heard of Harrison before, and in reading this book (and looking at his other titles), it was pretty clear why: Harrison, in my opinion, doesn't aim for the mass market.

This is not a bad thing!

While I wouldn't say I had as much fun reading The Pastel City as I might with, say, Stephen King's latest or Brandon Sanderson's next mega adventure, I'll remember tegeus-Cromis and the metal bird guiding, guarding him on his adventure with more clarity than boilerplate fantasy archetypes.

Cromis, a poet-swordsman, lurking in his lonely tower after the king he'd sworn to protect has died, called back into action to defend the king's city sounds like routine fare, but Harrison gilds the start with so much mystery, so many hints towards a long history never explained, only muttered about. References to past civilizations and their leftover relics pose questions that are only answered by the reader's suppositions. The characters all have scars that go unexplained, their ramifications instead filtering through their actions, an exercise in showing rather than telling that would've been more impactful if not for the struggle to parse Harrison's paragraphs.

The Pastel City is not a long book, and its brevity is complicated by how much it introduces and how fast it leaps from one scene, one setting to the next. Massive questions, characters, and situations are introduced only to get glossed over or shunted aside in time jumps. We see the characters put into a dire situation, or begin a climactic battle only for it to be over in the next sentence, whisked away for the reader's imagination to fill in the gap. Imagine watching a movie like The Matrix and having the film cut away a few seconds into the action scenes, leaving Neo and Trinity to sum up the results afterward.

The rapid pace also undercuts the party banter so crucial to these adventures, keeping characters at arms-length from the reader and dulling the impact of later events. These are fascinating folks, but you're not going to feel for them like you care about Frodo facing Mt. Doom or Luke trying to save Vader.

All that said, The Pastel City presents an incredible way to build a unique world, and Harrison's facility with words drew me in, keeping the pages turning until its brief length caught me by surprise. I wanted to breathe in more of the setting, the rich lore, the people and their confusing place caught between a techno-utopia and the primitive desolation that utopia's fall created.

I figure I'll give Harrison's follow-ups a try, but not right away. Like a particularly stiff cocktail, I need something a bit lighter, a bit faster, with a bit more banter before diving back into Harrison's deep waters. Thankfully, Viriconium, a city so often lost in time, will be there waiting for me. 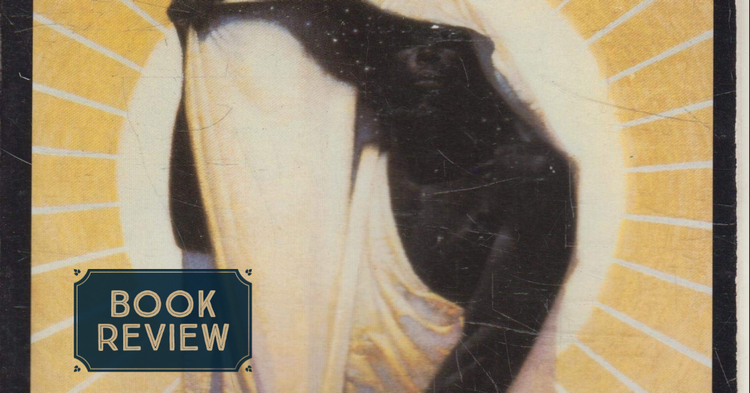 Every so often it's fun to take a walk to that Literature shelf and pull off a different kind of tome.
May 3, 2022
2 min read