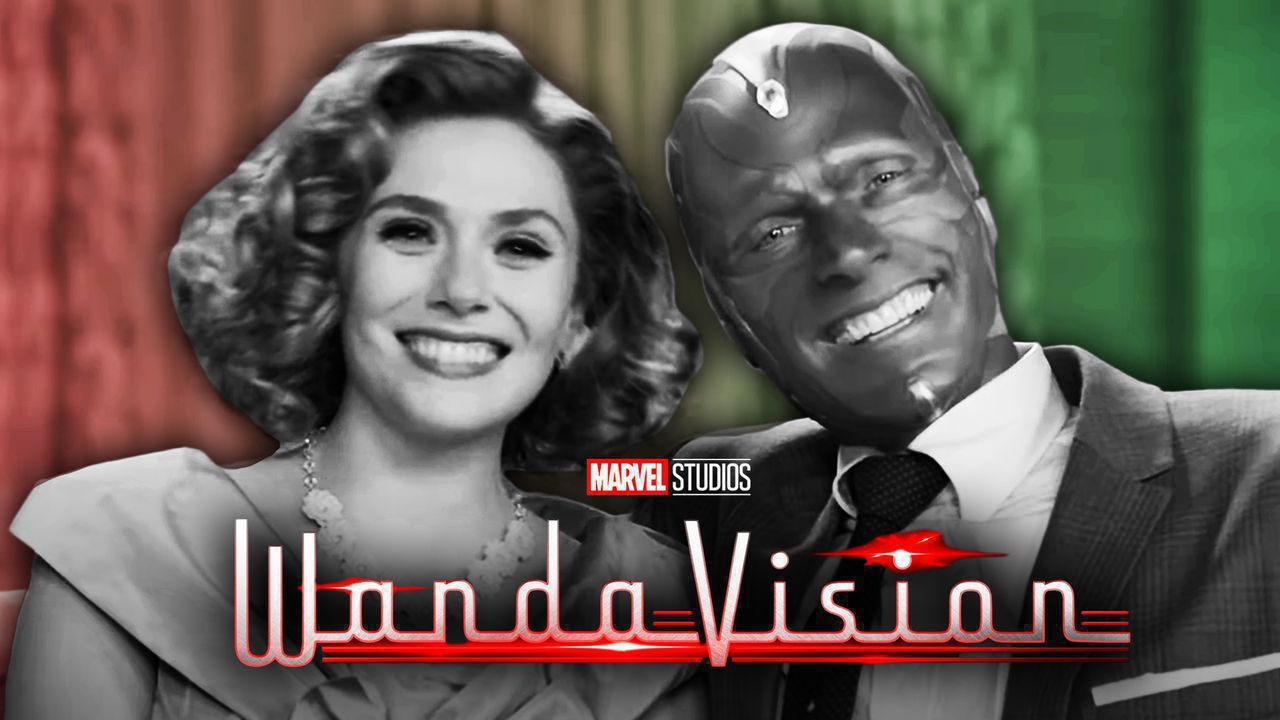 It's 2020, a weird, terrible year that can't end soon enough. Yet, even in these strange times, we can find a few wonderful glimmers. One of these is the WandaVision trailer, released this past weekend, and the surreal delights on offer. Take a watch and be amazed that Disney and Marvel are, on Endgame's big heels, going off the deep end.

There's the fifties-era aesthetic, the clunky wine bottle pouring itself into a glass, the serial outfit changes and Vision looking bemused and confused the entire time. Reality appears to be fraying throughout, and everyone's laughing, crying, and living in a bubble. There's suppositions throughout the interwebs on which comic book storylines are captured by the show, what this and that could mean, and a connection between this and the next Dr. Strange movie.

Which, cool. Great. I'm all for connected universes and giant stories that interweave through movies and tv series and Thor shorts. But I still think it's amazing that a show with this kind of out-there plot is getting put onto Disney+. This isn't just comic-book weirdness, it's straight out mind-bending stuff that stretches beyond costumed punchers delivering physical justice to cardboard villains.

I, for one, cannot wait to see what comes of this ridiculous adventure.

Some other stuff this week: