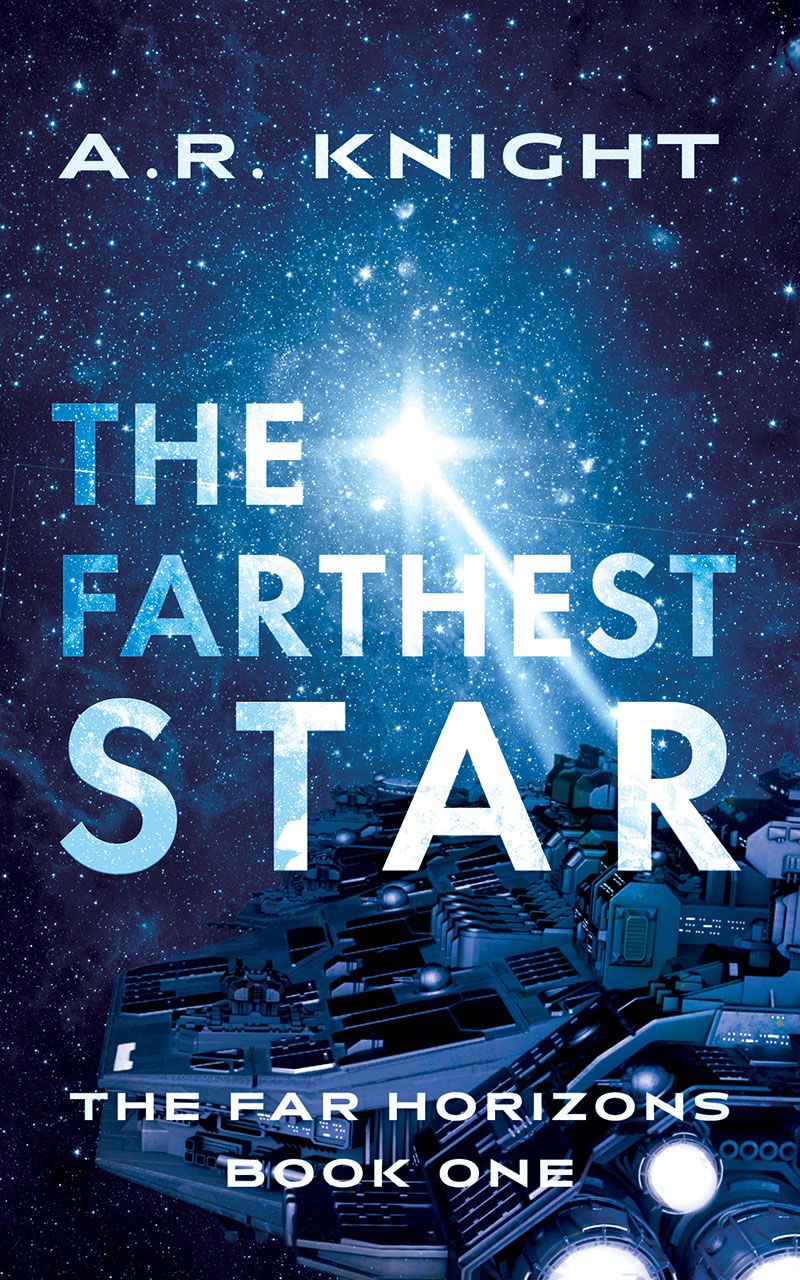 The Farthest Star came together by leaning on what I've learned over the past decade writing stories.

The first time you set foot on a basketball court or a soccer field, get on a bicycle or sit behind a car's steering wheel, it's bound to be a messy experience. You're not sure where you're supposed to be, how to put the moves all together to get where you want to go, and sometimes you have to tackle what you feel you can handle before heading into more challenging territory.

The Wild Nines was my first novel and my first series. In it, a rag-tag mercenary band ventures through the solar system fighting a conspiracy and trying to prevent an all-out takeover of civilization. Not exactly low stakes, but sci-fi adventures in its vein (though certainly not with its eclectic characters!) have been around for a long time, and I'd read (and watched) many of them.

They're fun. They're awesome. And, seeing as I'm writing another book in the series due out this month (Rogue Bet), I'm clearly not over the idea.

The Skyward Saga took things another step forward, trading the solar system for a galaxy-spanning adventure and giving an alien species a central point of view. Riding along with Kaishi and Sax as they fought for their freedom was a thrilling ride, but one that required flexing of new literary muscles to make an alien seem suitably, well, alien.

The Farthest Star takes another jump into a different setting. It's scope is both bigger and smaller: we're not hopping planets here, but the giant ship at the novel's center is as much a character as the, well, characters, and can't be written off as window dressing. The central protagonist, like Sax, is distinctly not human, but is tantalizingly close.

You often hear things about how the writer has to make the readers care about the setting, the plot, the characters, and that's true, but first, the writer has to make the writer care about those things. With The Farthest Star, I wanted to follow the idea into its grand scope, but crafting the world and its mechanical inhabitants well enough that I cared to read about them wasn't easy. There are plenty of space captain, evil empire tropes to follow. Less so for desolate space craft on generations-long journeys and blank slate androids.

All of this is to say that writing, like anything else, demands practice, demands knowing where you're at and how to get to where you want (read: keep on typing). Part of the reason I write as fast as I try to is because it's fun, but it's also about getting better, about running through these ideas and discovering the story and whether I'm able to tell it in the way I want to.

With The Farthest Star, I took a step I wasn't able to years ago, and guess what? The stair just keeps going on up. I don't think I'll ever reach the top, but I'll keep on climbing anyway.